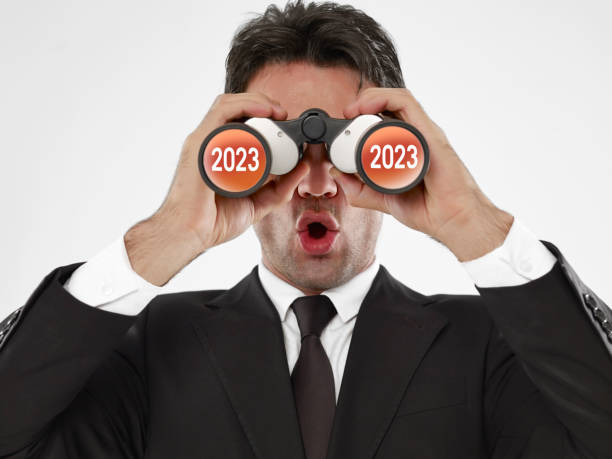 Originally published on Forbes.com - By Antoine Drean, Triago Chairman & Founder - Since they’re outrageous, each of these predictions should be taken with a very large grain of salt (some bigger than others). Their primary goal is to amuse. And yet, perhaps outrageously, I’d wager that some will come to pass…

Although a similar initiative was rejected in 2018, on January 6 the manager of Norway’s $1.3 trillion Government Pension Fund Global, the world’s largest sovereign wealth fund, recommends lifting a decades-old PE investment ban (really happened – now for the prediction). The Ministry of Finance and parliament approve the request in February and GPFG promptly takes Swiss-listed PE major Partners Group private, paying 46 billion Swiss francs ($50 billion). That’s a 92 percent premium to PG’s share price in January, but equal to its all-time peak in 2021. The deal gets 3.7 percent of the SWF’s assets into PE in one go – without flooding the fund marketplace – and onboards a staff of 550 PE professionals across 20 global offices. By year-end, GPFG has invested $100 billion across PE firms, fundraisings, secondaries and direct investments, rerating manager value and providing a significant capital and reputational boost to PE.

Following its decision in 2022 to nearly double the size of its single-asset investment program over five years, the California State Teacher’s Retirement System – the second largest U.S. pension fund with $302 billion under management – signs numerous five-year agreements with placement agents[1]. The agreements provide right of first refusal for financing individual company buyouts identified by placement agents’ deal-by-deal clients. They also offer a more stable debt & equity supply for mergers & acquisitions of all types than the junk bonds of the ‘80s – with the potential to be just as big. CalSTRS is a catalyst for similar arrangements throughout PE.

In May, the world’s largest single-family office, Walton Enterprises ($224 billion in assets) launches the $100 billion Kingfisher Secondary Fund, named after the Oklahoma town where Sam Walton was born. Kingfisher is financed from Walton Enterprises’ balance sheet, and provides equity, preferred equity and debt for both the purchase of PE fund stakes held by limited partners and for the recapitalization of entire funds (in industry lingo, “GP-leds”). Kingfisher is four-and-a-half times bigger than Blackstone’s erstwhile record-breaking $22.2 billion Strategic Partners IX secondary fund (which closed – for real – on January 18). Falling rates in Q4, combined with Kingfisher’s cash, leads to average pricing of 111 percent of fund net asset value (up from 81 percent in 2022) and record annual secondary volume of $420 billion, surpassing the previous apex of $121 billion set in 2021[2].

The Kingfisher Secondary Fund’s launch (See OP4) leads to a huge, across-the-board increase in the second-hand trading of PE funds, even for small secondary stakes (usually defined as stakes of under $10 million in net asset value), overwhelmingly held by non-specialist PE investors. Given their limited contacts in the secondary marketplace, both the sellers and buyers of small stakes turn to digital marketplaces[3] for their trading. By the end of the year, a record $120 billion of such stakes have changed hands, versus some $15 billion in 2022, with half of that going through digital marketplaces.

Following the destabilizing November 2022 collapse of Sam Bankman-Fried’s FTX exchange, the world’s largest money manager BlackRock ($10 trillion in assets) teams up with the world’s richest man, Bernard Arnault, and the world’s second richest man, Elon Musk as well as with publicly-traded crypto currency exchange platform, Coinbase, to launch a $75 billion rescue fund investing in liquidity-squeezed crypto businesses of all kinds. On February 15, the day the four partners announce the creation of CC Renaissance fund, they also announce its purchase of the bankrupt FTX. The deal includes the relaunch of FTX’s $100 million sponsorship plan with popstar Taylor Swift – originally deep-sixed by the bankruptcy – and a side-agreement with the Miami Heat basketball team ensuring their stadium remains FTX Arena (ending a fan contest to find a new name). Crypto prices rise an average of 83 percent on the day the fund is launched.

In April, Microsoft (market cap: $1.79 trillion), PE fund manager Ares Management ($341 billion under management) and academic tech powerhouse, The Massachusetts Institute of Technology, launch the MAC Fund, (for Machine Aided Cognitions), the first buyout vehicle to use artificial intelligence to identify buyout targets. It raises $70 billion by the end of the year and provokes what Private Equity International dubs “widespread general partner indignation” by charging a 0.75 percent annual management fee and a 5 percent performance fee, with the latter only kicking in once an annualized return threshold of 10 percent has been reached. The MAC Fund’s human deal teams are only responsible for building relationships with buyout target owners and managements, with no power to alter what is quickly dubbed the “bot buyout price”. MAC’s exclusively online fundraising is also “bot-controlled”, upsetting many placement agents.

On Earth Day, April 22, TPG announces the creation of the first impact venture capital fund focused on fusion technology. The Three Sticks Fund (an allusion to the dynamite equivalent of the fusion energy scientists at The Lawrence Livermore National Laboratory released in their ground-breaking December 5,, 2022 experiment) collects $110 billion from investors. Doing well by doing good, the fund’s specific altruistic goal is to fund the development of scalable forms of clean, renewable energy based on solar fusion within 10 years. The standard estimate for widely available fusion energy is thirty years or more.

In August, Jamie Dimon, 67, retires as Chairman & CEO of banking giant J.P. Morgan Chase to become CEO and Co-Chairman of mega PE firm Carlyle. He replaces interim CEO, Co-Chairman and Co-Founder William E. Conway Jr. Conway, 73, stepped in as Carlyle’s interim leader after strategic differences and failed salary negotiations led to the forced departure of former CEO Kewsong Lee in August, 2022. Dimon’s career shift comes after his April 2022 letter to shareholders in which he noted that public markets and traditional finance were in danger of being marginalized by fast growing private equity.

[1] In the interest of transparency one of my businesses is Triago, a private equity placement agent and fund advisory I founded in 1992.

[2] All secondary market statistics for years prior to 2023 comes from Triago.

[3] In the interest of transparency one of my businesses is Palico, a private equity digital marketplace.

Back to News & Views
View more articles under:
Connect with us
Sign up for news
Read More
People
Services
Clients
News & Views
Contacts